Greenville has long been a city of visionaries. Richard Pearis settled on the banks of the Reedy River in Cherokee hunting land where few white men would venture. Max Heller, who escaped Nazi-occupied Austria as a teen, triggered the rebirth of downtown. They are some of Greenville’s local legends coming from all walks of life who have seen possibilities, not limitations. Textile leaders such as John T. Woodside, Thomas Parker, and John D. Hollingsworth transformed the city into the “Textile Capital of the World.” When textiles began to fade, businessmen and leaders such as Charles Daniel, Tommy Wyche, Tom Barton, Virginia Uldrick, Dick Riley, Carl Sobocinski, and Xanthene Norris helped transform the city once again. Stories of people who have shaped Greenville with their vision, making it what it is today, fill these pages. Pub date: 2015. 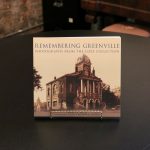